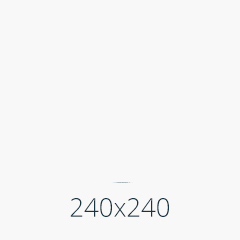 4G Internet Is Headed To The Moon

Ficker Malware Tricks People To Get Their Passwords

New Devices May Not Use Default Passwords

October is National CyberSecurity Awareness Month, but global criminals are active every month of the year. In fact, The FBI is cautioning against the ‘Other’ Coronavirus Crisis, Cybersecurity & Privacy Risks and Scams. The SEC recognizes that registrants are faced with new operational, technological, commercial, and other challenges and issues due to COVID-19. Ethical-Advisor has partnered with […]

American oil production is set to drop again this year, with the shale industry’s output showing few signs of recovery despite a broader pickup in economic activity, OPEC said.

S&P 500 futures pointed to steepening losses after the opening bell, with technology stocks on track to be among the worst performers.

Coaxing consumers further out of their shells will be a tough balancing act for Beijing as 2021 grinds on—and other growth drivers lose steam.

Achieves 217% year over year revenue growth in Q1 to US $9.3 million 82% Agent Growth to 1,895 Agents at the end of Q1 In March alone, added 255 agents that collectively generated US $20 million in trailing twelve-month revenue recorded prior to joining Real TORONTO and NEW YORK, May 11, 2021 /PRNewswire/ — The Real Brokerage […]

BOSTON, May 11, 2021 /PRNewswire/ — Berkshire Hills Bancorp, Inc. (NYSE: BHLB), the parent company of Berkshire Bank, will announce Berkshire’s Exciting Strategic Transformation (BEST) on Tuesday, May 18, 2021 at 10:00 a.m. eastern time. During a virtual presentation, management will discuss BEST in further detail and provide guidance on its expected financial impacts. In […]

EMERYVILLE, Calif., May 11, 2021 /PRNewswire/ — Dynavax Technologies Corporation (“Dynavax”) (Nasdaq: DVAX) today announced the pricing of $200.0 million aggregate principal amount of 2.50% convertible senior notes due 2026 (the “notes”) in a private placement to persons reasonably believed to be qualified institutional buyers pursuant to Rule 144A under the Securities Act of 1933, as amended (the “Securities […]

Investors have soured on the online delivery company’s growth prospects amid a broader crackdown on the country’s powerful technology sector.

Investors have soured on the online delivery company’s growth prospects amid a broader crackdown on the country’s powerful technology sector.

A new capital gains tax scheme on crypto trades is still being discussed, according to a tax official.

Continue Reading
Posted On : May 11, 2021 Published By : Cointelegraph By Helen Partz

Inflation Is Coming. Here's What To Do About It.

There are useful strategies that can be put to work now as investors deal with the growing pace of inflation.

Novavax, Tesla, Match, Palantir: What to Watch When the Stock Market Opens Today

Tech stocks keep slipping and Novavax is tumbling after it delayed seeking clearance for its vaccine.

CBOE files another Bitcoin ETF application with the SEC

Two months after filing VanEck’s BitcoinETF, CBOE has submitted another application — one proposed by Fidelity — to the SEC.

Continue Reading
Posted On : May 11, 2021 Published By : Cointelegraph By Osato Avan-Nomayo

Investors enamored with the final frontier should be worried about regulators’ eagerness to cool the SPAC market.

Kazakhstan’s government forming a roadmap to stimulate the development of the cryptocurrency industry and blockchain technology in the country.State authorities have reviewed proposals to address the crypto industry’s development and reconsider the state’s approach to regulating crypto operations, according to a Tuesday announcement on the website of the Prime Minister of Kazakhstan.Officials have proposed to run crypto exchanges via a major national financial hub, the Astana International Financial Centre. The government also suggested establishing standards by which crypto exchanges can interact with local banks and clients.The new initiative aims to provide transparency and organization for the local crypto industry. “To date, out of the whole variety of companies working in the crypto industry, […] only mining companies are part of the market in Kazakhstan,” the announcement reads. The Republic of Kazakhstan is getting more serious about the crypto industry and digital assets. Last week, Kazakhstan’s central bank issued an official report on a possible central bank digital currency. The bank said that the digital tenge is not intended to replace either cash or cashless payments but would rather be an alternative option that would enable further development of the national payment system and reduce reliance on cash.

Continue Reading
Posted On : May 11, 2021 Published By : Cointelegraph By Helen Partz

Americans are paying off their credit cards at the fastest rates in years. Banks are responding with generous card solicitations and looser underwriting standards.

PS5 shortages have been going on for months, but paying with crypto could enable you to access an untapped supply that other shoppers may not know about.

Continue Reading
Posted On : May 11, 2021 Published By : Cointelegraph By Connor Sephton

Bitcoin (BTC) could see a price drop to as low as $40,000 if higher support levels fail to hold, an industry CEO says.Speaking to Bloomberg on May 11, Pankaj Balani, the CEO of digital asset derivatives exchange Delta Exchange, warned that there is a danger of fresh significant losses for BTC/USD.Balani doubts altcoins’ resilience to BTC dipBitcoin shed around 5% overnight on Monday, the latest in a familiar cycle of dips and rebounds below crucial resistance which begins at around $59,500.At the time of writing, the largest cryptocurrency traded at just above $55,000.For Balani, $50,000 now forms a significant line in the sand for bulls, and a failure to hold it would open up a new lower trading corridor with a floor at $40,000.Cryptocurrencies in general, he added, “should move lower” under such a scenario.BTC/USD 1-hour candle chart (Bitstamp). Source: TradingviewThe perspective jars with the more optimistic projections from data-based analytics this week. As Cointelgraph reported, whale buying was previously tipped to keep BTC/USD at a minimum of $52,000.A major cluster of support from whales — 120,000 BTC at $58,000 — nonetheless failed to stop short-term losses, leaving a question mark over the ability of smaller clusters lower down to do likewise.Cointelegraph additionally noted that exchange order book support only begins at $50,000, with few bids between that boundary and all-time highs of $64,500.Altcoins come down from highsReacting to the latest price action, however, popular commentators were as cool as ever, noting the overall volatility of the market was very much acting within defined contours.#Crypto prices plummet to levels not seen since last week!!!— Lark Davis (@TheCryptoLark) May 11, 2021On altcoins, a sense of a reset being underway was apparent on the day, with Ether (ETH) taking a breather after hitting new all-time highs repeatedly in recent days.Do you want Tesla to accept Doge?— Elon Musk (@elonmusk) May 11, 2021

Fresh Twitter action from Elon Musk, CEO of Tesla and SpaceX, had the potential to release a new spate of growth for Dogecoin (DOGE), which had paired almost a week of gains to drop to around $0.50.

Continue Reading
Posted On : May 11, 2021 Published By : Cointelegraph By William Suberg

Risky companies are selling junk bonds at a record pace, getting ultralow borrowing costs and increasingly loose borrowing terms, such as “pick-your-poison” clauses.